In an educational environment that rewards an instant return on investment, many students don't fully understand the advantages of an esoteric course of study. Indeed, in a student body often dominated by science, business, or technology fields, a meandering look at the world's philosophers often leaves them cold as to explaining why the study of philosophy itself is important to an understanding of the greater world in which they are participating.

As educators, it is our task to determine a new way to present the discipline as an integral way of understanding the fundamentals of their own course of study whether that be physics, mathematics, or a degree in business management.

The Basics of Philosophy

As with all introductory courses, professors attempt to paint with a broad brush so students can catch a glimpse of the informational treasure trove hidden within that particular field of study. It is not surprising then than philosophy professors have a rich menu from which to choose to open this door for their students.

As such, Plato's Republic, Thomas Hobbes' Leviathan, and John Locke's Second Treatise of Government are just some of the classic works available on which students can stand on the shoulders of such great minds, but in what direction should they be looking is the common rejoinder.

Rather than studying the material as a body of abstract information to which students may have difficulty relating, then why not study philosophy as an important vehicle to learn the significant skills of critical thinking?

An Emphasis on Critical Thinking

In a world looking for marketable skills, the study of philosophy provides a unique vehicle and opportunity to learn critical thinking skills that transcend any one discipline but applies to all.

For students unsure of the anticipated benefit of a philosophy class in their course schedule, they should think about taking it as the skills-based course it is, rather than taking it as just another information course.

Understanding Plato: One of the 100 Best Philosophy Books of All Time 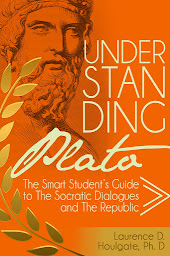 BookAuthority identifies and rates the best books in the world, based on public mentions, recommendations, ratings and sentiment.

"BookAuthority uses a proprietary technology to identify and rate the best books, using dozens of different signals, including public mentions, recommendations, ratings, sentiment, popularity and sales history. This includes maintaining the most comprehensive collection of book recommendations from domain experts such as Elon Musk, Warren Buffett, Prof. Daniel Kahneman, Sheryl Sandberg, and David Allen. Only the very best books are featured on BookAuthority. To keep our site objective and unbiased, ratings are calculated purely based on data. We do not accept requests to feature a book, nor are we doing business with publishers or authors."