Scene of the dialogue: An undergraduate Philosophy of Religion honors class at a diverse 21st century American university 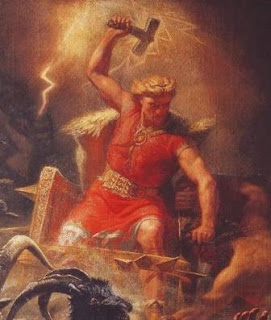 Professor Washington:  What assumptions are we making when we ask the question "Does God exist?"


Juanita: I can answer that.  We are assuming that we know what the word 'God' means.


So let’s start there.  What does the word ‘God’ mean?


DeShawn:  I see what you are suggesting.  Well, I’m a bachelor and so is Jakub and
Robert.  What we have in common is that we are male, unmarried and eligible.


I can see how we would use Plato's method when defining the word ‘god’.  There have been thousands of beings called gods in ancient history, for example, Freya, Thor, Dionysus, Poseidon, Hathor, Bastet, and on and on.  We could probably come up with features that they have in common.


Prof:  I agree, but once we do this, it would take a lifetime to answer the question “Do gods exist?”  This would be a question about the gods of polytheistic religions, that is, religions having many gods: gods of the harvest, gods of war, gods of the underworld and so on.  We could find out what these gods have in common and then challenge believers to prove that one or more of their gods exist. We could start with the Egyptian gods, and then move on to the Greek, Norse Polynesian, Chinese, and Japanese gods until we have investigated arguments for the existence of gods of all cultures and religions.


Makena: We might finish by the end of the century.  Does anyone here want to go down this path?


Jakub: I certainly wouldn’t volunteer.  And I doubt whether anyone in ancient history ever gave arguments for the existence of any of these gods.  These beliefs were just part of the culture.


Prof.  I agree.  A professor at U.C. Berkeley conjectured that  interventions of the gods was the only explanation that ancient peoples knew how to give for the occurrence of floods, earthquakes, exploding volcanoes and other destructive natural phenomena.[1]  If humans did not and could not cause such massive events, then they imagined that invisible superhumans must have been responsible for the destruction.  It did not occur to them to look to nature itself as the cause. Eventually, these superhuman beings came to be called gods and the first religions celebrating and praying to them for constructive interventions were born.


Prof. But enough of that.  I have a suggestion.  Since there seems to be no interest in discussing the history and existence of gods with a lowercase ‘g’, let’s confine our inquiry to monotheism, the religious view that there is only one God, a supreme being who is honored in religious writings with an upper case ‘G’


Juanita  God is a god.  What I mean is that God's name belongs in a list with all the other gods in ancient history. The word 'God' like 'Thor' and 'Poseidon' is the proper name of a being who belongs to the class of beings called 'gods'.

DeShawn: So should we begin by finding out what God has in common with other gods?

Jakub:   Professor Washington has already mentioned one common feature: supremacy.  All beings called 'god' are supreme in one or more ways.  For example, Thor is the Norse god of thunder, lightning and storms. Poseidon is the Greek god of the sea, storms and earthquakes.  To be the god of one or more of these dangerous events was to have the ability to both cause and control them.  Since there is no human who could do any of these things, the gods had a kind of supremacy over humans.

Yoshiko:  Okay.  I see where you are going with this.  God is the god of a monotheistic religion and like any other god He also has supremacy over humans.  But God also has supremacy over all other gods.  Instead of just being better at physically controlling events like earthquakes than humans, God is omnipotent, that is, He is all-powerful.  There is no limit to His power. Whatever Poseidon, Thor or any other god can do, God can do better.

Professor W:  At least in the monotheistic Abrahamic religions (Judaism, Christianity, Islam), it is not the 'oneness' of God but His attributes that make God unique.  Unlike the gods of polytheistic religions, God is not only omnipotent, He is also omniscient (all-wise), omnibenevolent (all-good) and omnipresent (present everywhere at the same time).

Jakub: Wow!  That is a lot of attributes to digest all at once.  Could we discuss them one at a time at our next class meeting?

Professor W: Of course.  We'll discuss not only the meaning of each attribute but also the logical problems of making them consistent with one another.

Great discussion.  See you next week.

Email ThisBlogThis!Share to TwitterShare to FacebookShare to Pinterest
Labels: God

Scene of the dialogue: An undergraduate Philosophy of Religion honors class at a diverse American university.


1.1 What is rational religion? 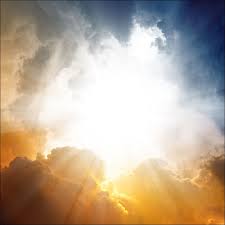 r Washington: Let’s begin our discussion on rational religion today with a question that is central to the philosophy of religion: “Does God exist?”

Yoshiko:  (raising her hand):  Professor Washington, before we start, please explain again what you mean by ‘rational religion’.

Prof: The phrase ‘rational religion’ is a variation of what the 18th century philosopher David Hume referred to as ‘natural religion’[1].  It is the study of religion from the standpoint of reasons and argument, not from revelation or personal religious experiences.


When we ask the question “Does God exist?” in our discussion, we are asking for reasons or evidence for affirmative or negative answers to this question.  We will not be asking for nonrational reports of a “direct, personal awareness of God himself” (Rowe, 69).[2]

Robert: Is ‘nonrational’ synonymous with ‘irrational’?


But to call a belief ‘nonrational’ is not pejorative.  It signifies a class of  beliefs  not based on reasons or arguments.  This classification does not imply any evaluation at all, whether pejorative or complimentary.

Our dialogue here is about rational religion.  Hence, following David Hume, we will restrict ourselves to a critical examination of the traditional arguments for the existence of God based on logic, reasons and evidence.

However, there is another question we must ask before we start our investigations. Any idea what that question that might be?

Jakub: Is it “Has everyone put away their cell phone?”

Prof: (laughing): Great question but it is not quite what I had in mind.  I will rephrase it: What important ssumption are we making when we ask the question “Does God exist?”


[2] Not all nonrational beliefs are religious.  Here is a real-life personal example.  About two days before I found a cat in my house, I became suspicious that the neighbor’s cat might have gotten inside.  There were traces in the house left by a cat, such as cat hair on my favorite chair and an odd smell behind the washing machine.  But once I saw the cat hiding under our bed after hearing a loud meowing sound, my suspicions were confirmed.
My belief that there is a cat in my house changed from a rational belief justified by evidence (cat hair, fecal smell) to a nonrational belief based not on arguments or evidence, but on a direct, personal experience of the cat.  I no longer believed there was a cat in the house, I now knew this.


Religious beliefs based on revelation alone are also nonrational.  If someone says that they believe in the existence of God because “in the world there are traces of God’s activity,” they are giving a reason for God’s existence.  But if the belief is a report of a direct personal experience of God, this is nonrational in the same way that my knowledge that there is a cat in the house is based on my direct experience of seeing a cat under my bed.